This month we have the honor of being in the March issue of the Harper's Bazaar for China. 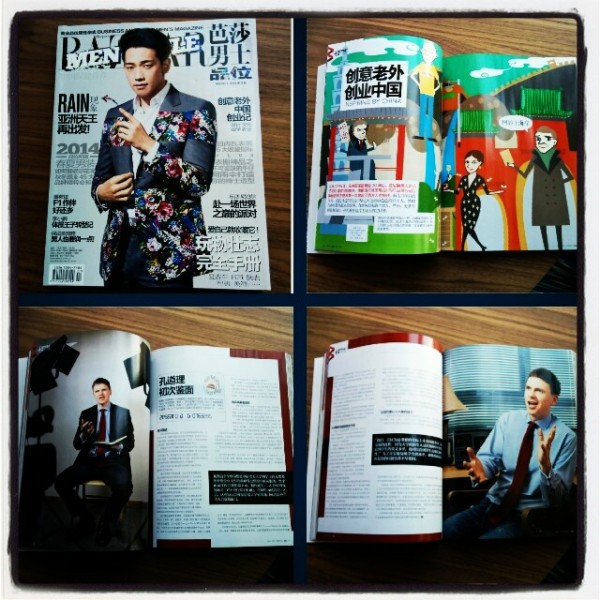 Our CEO was one of four foreigner entrepreneurs who were included in a feature article. We're not sure what we think of the pictures, but given all of the ridiculous poses they had our CEO do during the photo shoot, it could have been a lot worse!