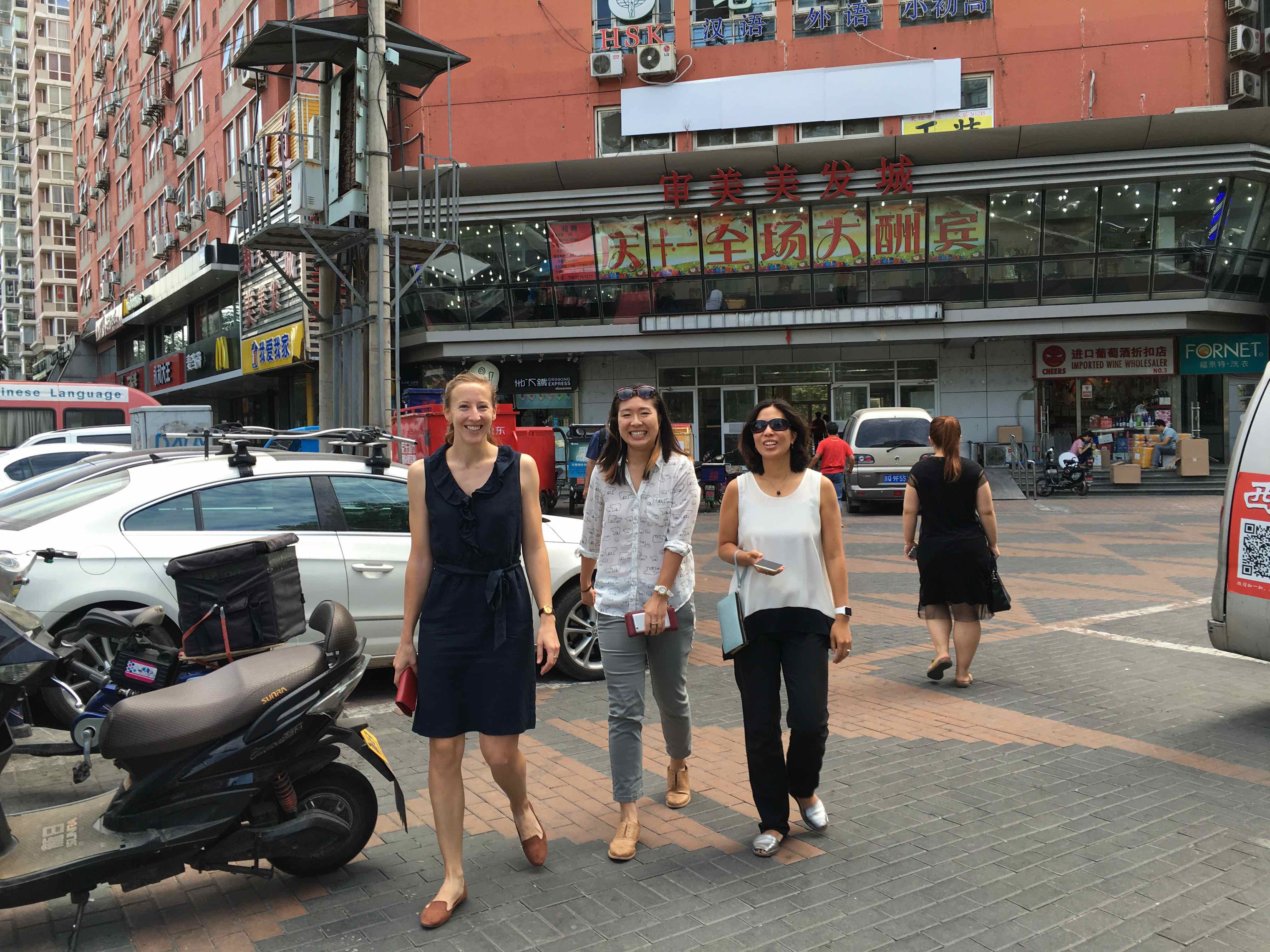 It’s strange to reflect on my first six weeks in China. Sometimes it feels like I’ve just arrived, but I also feel like I’m finally carving out some stability in this ever-changing landscape.

What Has Surprised Me

It’s curious to interact with the humans behind the interviews I have spent so much of my springs consuming. I think admission counselors can agree that, during reading season, we might spend more time listening to these videos than we do interacting with any other person. When I told friends and colleagues I was coming to Beijing to work for InitialView, so many were thrilled at the possibility of meeting the InitialView people. In our minds, they had been raised to a sort of celebrity status. However, in the Beijing office of InitialView, my new colleagues had no clue of their stardom and laughed at the thought that their identity as interviewers might be the topic of admission office conversation.

There are many unseen forces at play in China. I’ll focus on two for now, because I feel like I’ve just been invited to sit at the grown-up’s table where I’m hearing the scoop on China’s internal politics.

First, there are rumors of institutionalized cheating in international testing, and most here assume that it happens not just individually but also systemically. For example, in order to get a seat for the TOEFL, most Chinese applicants buy a scalped seat on Taobao, a massive Chinese website somewhat analogous to EBay. Otherwise, it’s very difficult for a student to find a convenient time to take the test. How that works no one understands. On the same site, you can purchase services ranging from test prep to someone taking the exam for you. The suspicious behavior that surrounds U.S. standardized tests in China is in stark contrast to precautions taken for the gaokao, an exam so sacred that entire city blocks are prohibited from car horn use during testing and cheaters might get jail time.

Second, “international” divisions—programs to help Chinese nationals prepare for applying to U.S. colleges—are disappearing from Chinese public high schools. This means that there is going to be continued change in the names of high school and international programs that have students applying to U.S. colleges, and in turn more work for admission officers as we try to decipher new transcripts.

What Students Have Taught Me

Students are incredibly nervous about their future prospects. They see the U.S. like so many other people do, as a land of opportunity, where they can carve out their hopes and dreams--and not be judged by a single gaokao result.

Almost every student I interview mentions how they are “just a bit nervous” before I turn the camera on. They see our 15 minutes together as a pseudo-replacement for their application, but they somehow view me as an ally through the process. Students might have the points that they want to make to the admission committee (these are the 3 things I do outside of school, this is the research I’m doing, these are the 5 words I use to describe myself, etc.), but our interests diverge as I look to ask questions that will provide admission officers with useful data. I try to cut quickly to students’ academic achievements and interests, and probe the scope and details of their activities using a back-and-forth dialogue that can best be described as a “gentle cross-examination.”

When I was reviewing these interviews as an admission counselor, I only saw 15 minutes of students trying their best--I wasn’t privy to the shaking hands, excess sweating, tears of nervousness, or sigh of relief once the camera was turned off. Students see the chance to go abroad as the chance of a lifetime and all of them are fervently chasing the dream.

My first six weeks have already been an immersive and invaluable experience. Stay tuned for more thoughts!